This morning we got a fantastic surprise in the mail. Our friends, Mrs. McKenzie and the students in B4, sent us a very special package. We want to thank them for the wonderful book and beautiful bookmark! It was such a huge surprise.

The book is called After Dark: Creatures of the New Zealand Forest. We loved the pictures of all the animals, that it rhymes, that it is a guessing game, and that we got to learn so many cool facts! We hadn’t even heard of most of the animals in the book. We also loved that everyone in the class signed the book. 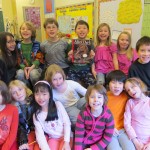 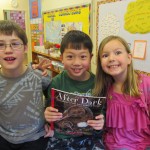 This book is going to be a very popular addition to our class library!

Check Out Our Latest Student Posts